Ten Years Since I escaped the Hands of a Narcissitic Sociopath

It has been ten years this year....


Ten years since I first discovered I was pregnant.


Ten years since I first became a mother.


Ten years since I gave birth to a little boy that would go on to change the path of my existence.


Ten years since I last saw my baby’s biological father.


Ten years since I was last kicked, punched, beaten and mentally tortured. 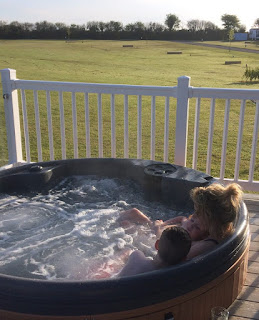 This time ten years ago – July 2007 – I was five months pregnant with my first child – a baby boy. I was grieving for a life that was no longer available to me, I was trying to come to terms with the realisation that I was going to be the sole parent of this little man who was growing inside of me. And I was attempting to heal mentally, heal from the devastation of the mental and physical abuse that had been inflicted on me by a Narcissistic Sociopath (NS)

It was at the beginning of January that year when I got into a relationship with NS, I had known him for a while through mutual friends and started seen him at Christmas. I was not in a very good place at that time, my Dad had passed away in the November and I had recently split from my long-term boyfriend. I’ve questioned myself many times, wondering why I started a relationship with him, he wasn’t good looking, he wasn’t funny, he didn’t make me laugh, but he did know what to say, he told me things I wanted to hear. Before long I was hooked, I replaced the two men I had recently lost in my life with a monster.

Our relationship gained speed quickly, by the end of January I had seen him every single day, he met my family and friends and was eager to make a good impression, but ridiculed them when we were alone and convinced me that they viewed me as a ‘nobody’. He started commenting on the things I wore, and I would get changed numerous times before we left the house. He encouraged me to take time off work and spend my days with him. The beginning of the end came when he asked me to take another day off work and I refused, that was the first time he was physically violent to me, he pushed me away from the front door, I tripped over and he held my head down, my face squashed onto the floor, he spat at me telling me I was an ungrateful bitch and the least I could do was spend time with him, I could see his disgusting teeth and gums, his mouth like the jaw of a violent dog. Afterwards, he was sorry.  That day I went to the doctors and got signed off work so I could spend more time with him.

It was only a matter of weeks after that incident that I completely lost control of my own life, I fell out with my wonderful Mum who had attempted everything in her power to stop me seen NS when she quickly realised the physical and mental abuse he was inflicting on me. I had distanced myself from my family and friends and I had completely stopped going to work. I left home and went to live with him but within days he was evicted from his flat for non-payment of rent. We spent weeks living in hotels using my savings, overdraft and credit cards, and it was around this time that I discovered his serious addiction to crack cocaine. I would spend my days drinking and ordering room service and he would be out scoring drugs, I started to spend more days alone while he would be in the pub with his friends and I felt like I needed him more than ever, I would cry and scream down the phone begging him to come back to me, I was scared and lonely, I honestly believed he was the only person I had in the world and I needed him. The nights would end with us fighting, sometimes the hotel staff called the police, he would be locked up for the evening and I would wait for him to come back the next morning.

We eventually moved into a rented house that he had found and I paid for with my dwindling finances -  It was miles away from anywhere, a little house in the country, I suppose it might have been idyllic under different circumstances, but with NS having control of my car keys and me having no phone (he smashed it), I felt more isolated than ever.

The physical and mental abuse switched up a gear, he would physically kick me out of bed in the morning, he would call me names – ‘you stupid cunt’ was his favourite – he would tell me I was thick, he would talk about successful people he knew and explain to me why I would never be like them. My torso, arms and legs were covered in bruises. He literally stripped the life from me and battered my soul.

He never bruised my face though, not until the day I found out I was pregnant. I remember that day with so much clarity, I had been feeling sick for a couple of weeks, I hadn’t missed a period but I just knew and a test confirmed it. NS was so calm when I told him, ‘you can’t have a baby’ he told me. ‘You can’t look after yourself.’ But I was so happy, I couldn’t stop smiling. I was convinced that the little blue cross in front of me was a new beginning.

That night he punched me in the face before smashing my head onto the stone tiles of the bathroom floor, the taste of blood in my mouth made me throw-up. I was left with two black eyes and a lump on my head the size of an Easter egg.

I was only with him for four months, it felt like four years but it was only four months. One night at the beginning of May, we were in the car when it broke down, he was so angry, he started to push me and shove me. I opened the passenger door and I ran and if you know me you will know that running is not my thing! But I ran as fast as I could, he was following me so I went into the first place I came to, a kebab shop. There were two men behind the counter and two guys eating, I started to scream and begged them to call the police, NS followed me into the shop, he looked so composed, he told them not too, that I had a mental illness and we were on our way to the hospital. I was convinced they were going to believe him but thankfully they didn’t, they chased him away and called the police.

That evening I sat in the back of a police car, I had no home, no job, no car, no phone, the only clothes I had were the ones I was wearing, I believed I had no family and no friends and I was pregnant. I wasn’t relieved because I was safely away from him, I was devastated because I couldn’t see a future. I had nothing! ……. But I was so wrong.

I went home to live with my Mum, I managed to get a job by concealing my pregnancy and managed to keep it when they found out by telling more lies. I had become an expert at telling lies and concealing the truth, I was ashamed of the truth. I had concluded that NS was a bit of a twat but I was still convinced I had drove him to do what he had done to me. I thought if people found out they would tell me it was my own fault. In fact, I’m sure that there are many people still, today that I have never fully revealed the truth too.

So, in December of 2007, I gave birth to 7lb 11.5 ounces, of pure perfection and I would love to say we lived happily ever after, but we didn’t not straight away at least. 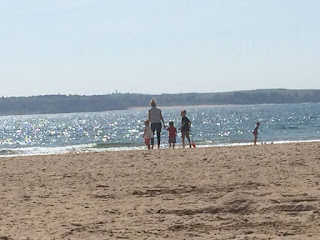 After giving birth to Leo I really struggled with Motherhood, I struggled with life and finding my place in the world and it took years for me to build my confidence and become truly happy but I did it eventually.

When I look back now at my twenty-four-year-old self, the girl who was scared, vulnerable and broken, I’m not ashamed of her! And I know that none of it, not one tiny bit was her fault. I’m so proud of her, I’m proud that she found the courage to leave that awful hell that she was living despite been scared and believing there was nothing better anywhere else. I’m proud that she never gave up on life despite wanting to a thousand times and I’m proud of the single mother she was to her baby. If it wasn’t for her I wouldn’t be who I am now, I wouldn’t be head over heels in love, with four beautiful children. I wouldn’t be following my dreams, living my life and having such wonderful adventures and I wouldn’t wake up every morning without an ounce of fear in my heart…. And when we celebrate Leos tenth birthday this year, I will also quietly celebrate ten years of living fear free.

I was lucky, I left, I only suffered at the hands of this NS for just over four months, some women and men experience years of suffering at the hands of their abusers. To anyone suffering from domestic violence please seek help, phone the domestic violence hotline, reach out to a friend, a colleague or a relative, just don’t do nothing. Life will be better I promise.