Rather you than me | A letter to the lady in Sainsbury's

To the lady in Sainsbury's

They were your exact words as you shook your head in annoyance when one of my two-year-old twins climbed onto the shelf in front of you to get a better look at the cuddly Santa.

You declared as you watched my little boy announce to the store 'my Santa'. You stood staring at him for a few seconds giving you plenty of time to form your opinion about his questionable behaviour.

Your words when you saw me running towards him with sheer panic etched onto my face because I had actually lost site of him when I made the decision to chase his twin brother who was heading for the exit.

Your words rang in my ears as I attempted to hide my anger at my own stupidity - I had  given up looking for a double trolley and convinced myself that my boisterous two year olds would walk around the store like sensible adults.

Your judgemental tone multiplied the effects that tiredness was taking on me. Tiredness due to the relentless nature of motherhood, sleepless nights, university lectures, money managing, after-school clubs, washing, cleaning, homework, the list is endless.

A phrase that rattled around my head for hours following our brief meeting. A phrase that told me that my twin boys, my life as a parent of twins, was so awful in your mind that you had to let me know about it.

'Rather me than you'

I would rather have a hundred disastrous supermarket visits than miss out on a second filled with double hugs and kisses.

I would rather chase them - giggling - around a thousand stores than have never experienced that single, life changing, magical moment that changed us forever. The moment we discovered there was two of them.

I would rather spend the rest of my days questioning my ability to parent than miss a minute witnessing their inseparable bond.

I would rather die than miss out on being the mother of my two perfect, mischievous, loving twin boys.

And I do believe my children also agree, they would rather have me than you too!

The crazy lady with naughty twins who looked like she was about to cry. 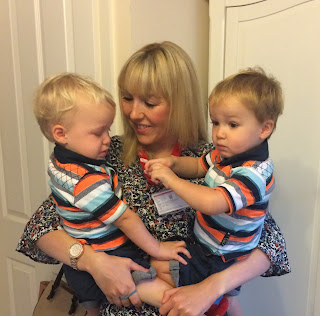