Two is a fantastic age for your child to be! I am able to have the most amazing conversations with my little girl who is two, my favourite one over the last few days was how Cinderella stole her dress and ran to the monkeys in the wood!!! As well as the amazing insights into her mind, I am also seeing her develop a unique sense of style as she enthusiastically puts her outfits together in the morning! She is becoming a strong headed independent and curious little girl and watching her grow up is an honour.

It’s not all princesses, loveliness and sparkly things though as a mother of a seven year old boy  I have already survived the crazy tantrum times of a  two year old and have come out the other side relatively sane and our boys tantrums were bad, really bad!


Everyone who has a child around the age of twenty months old will at some point describe how their child has hit the ‘Terrible Twos’ stage early. This is what parents actually believe. This is what I actually believed!! When my first child our little boy was around eighteen months old, I would find his resistance to eat his breakfast or sit in a high chair an indication that the terrible twos had hit our home. What was actually happening was Mother Nature giving us a very gentle insight into what was to come.


By the time our boy reached two and half the tantrums were in full swing. As a first time Mum I had absolutely no clues as to how to handle a child who seemed to have the ability to let the whole city hear how upset he was! I took advice from my Mum, Health Visitor and even watched ridiculous parenting programmes. I call them ridiculous but I am sure their strict routines and punishments worked if you had a spare fifty hours in the morning before you went to work to implement them to a screaming child.


The hardest tantrums were without doubt the morning ones! I would never give myself extra time in the morning to deal with them, I would just convince myself that the next day would be better. Nothing ever seemed to be right for my little boy and these were just a few of the morning triggers


He didn’t want to brush his teeth.


He didn’t want me to brush his teeth.


He didn’t like his socks, his cereal bowl, his cereal, his clothes, his hair, his bloody bag!!!!


He didn’t want to get dressed and by this I mean he point blank refused. Now you may think a grown woman in her late twenties would be able to outsmart a two year old child and somehow be able to get him dressed in a suitable state for him to attend nursery….. You would be wrong! He would go as stiff as a board, he would scream and roll around on the floor. I used to use every tiny bit of energy I had to attempt to dress him and I would manage to get his leg into his trousers and then he would take them off again. I sometimes got his top over his head and again off it would come!


The other thing I would do would be to bribe him. On one particular morning I had managed to get him half dressed, his other clothes thrown into a carrier bag to hand to the nursery staff, but I could not get him to sit in his car seat he just would not sit!. Other than tie him to the roof of the car and drive to him to nursery or carry him over my shoulder I had no clue what to do. I was flustered, late and annoyed so the bribery started! ‘I will give you sweets’ …… ’Noooo’ he screamed ‘a new toy??’ Nooooo he screamed even louder! So I told him that Mummy had a big piece of chocolate cake in her bag and if he was to get in his seat, he could eat the yummy cake on the way! He sat in his seat ‘where’s my chocolate cake mummy’ he asked ‘There is no cake you naughty boy’ I shouted and slammed the door! To which he replied ‘That’s ok mummy I know you didn’t mean to deceive me I understand why you did it and I am going to be well behaved from now on.’


I also have a supermarket tantrum that stands out in my mind, well it was in Boots actually. He wasn’t keen on shopping and he kicked and screamed as soon as I started to get him out of the car. He was obviously hoping I would feel too embarrassed to even enter a shop, let alone walk up and down aisles with him in this state. I was not giving in to him, I was not giving in to a two year old, I was determined to win this one! I was going to purchase conditioner and waxing strips if it killed me!!! I entered the shop with him in under my arm kicking and screaming. I was determined. He struggled out of my arms and grabbed onto my foot so as I was walking I was dragging him along the floor. I could shop like this, it felt perfectly acceptable until two elderly women walked past and mumbled something about how some people don’t deserve children. I was completely mortified I dropped my basket and spent the next thirty minutes attempting to put him back into his car seat! I drove to my Mums house where he turned into a golden child within seconds of falling through the door! I lost again!


Our little Princess hasn’t got to our boys standards yet she’s doing pretty well though. She’s defiantly not as fussy when choosing her subjects to tantrum about. Over the last few weeks the strangest tantrum has come from when I asked her if she would like a piece of cake, I was been serious this time! I asked her 'Do you want some cake Princess' and she threw herself onto the floor kicking and screaming I was baffled so I asked her again, she kicked and screamed ‘no cake!!!’ What the hell??? I was offering her one of her top 5 favourite things in the world and she was having a meltdown about it!! It was bloody hilarious I couldn’t stop laughing the more I laughed the more she screamed and kicked the floor. Laughing at your children is not a good way to deal with a tantrum and almost certainly something you should avoid in public but it did bring some humour to my day!


A lot of my fellow Mummy friends often believe that I know what I am doing when it comes to parenting obviously because I am the mother of four children! This is often not true and certainly not true when it comes to tantrums. With our boy I got through and came out the other side and I discovered making false promises only adds fuel to the flames but I still do it! I have learned how to cope with tantrums and sometimes avoid them however I do think that two year olds tantrums are just a part of life and no matter how many times you watch re runs of super nanny you’re not going to find the answer.
When you’re in the thick of the tantrum phase and they are occurring almost on a daily basis you can’t imagine that life is ever going to be ‘normal’ again, but they do get better we have a lovely respectful seven year old that is living proof that naughty little toads do turn into charming little princes! The trouble is we have got another three toads that still need transforming before we get our happily ever after!! 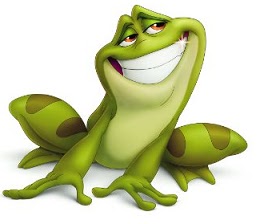